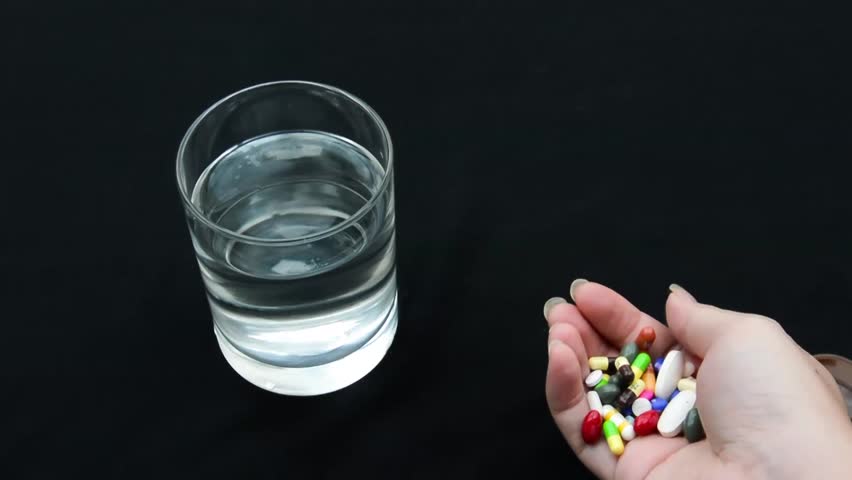 I write this letter because there have been recent criticisms regarding my depressed state to the point of being verbally chastised for my recent suicidal gestures that took me to the emergency room of our university hospital. Not condemnation coming from yourself; but a harsh rebuke by an MD. Your position as a psychologist may give you a more insightful perspective and, hopefully, a more compassionate frame of mind than what I’ve previously encountered from your insensitive colleague.

As a person with mental illness, having the diagnosis of schizophrenia, I’ve come face to face with rejection from our society. Being treated as someone inferior, deviant, and unworthy of respect has caused an internalization of these pejoratives that has left me with little or nothing to base a positive sense of self on.

For example, the government’s view is to let the mentally ill starve to death which is made evident by the scant monetary benefits provided for me and my fellow disabled friends. Along with that, affordable housing is almost non-existent so not only am I constantly mindful of possible homelessness and death by exposure; when I do find housing it is most certainly substandard: apartments filled with bugs, air conditioners periodically on the blink; violent, dangerous and predatory neighbors.

Our governor would rather put the mentally ill in prison than give them the psychiatric services they need to get well. He has cut essential programs and terminated residential care facilities which will end in certain death for some of the clients. In a way, this is government-sanctioned murder reminiscent of the Aktion T-4 program of Nazi Germany where all the “undesirables” and those “with no economical value” were exterminated. We just have another name for it now: budget cuts. Oh, the money is there. The state has a surplus this year [2013] and, yet, the Governor has the gall to cut important funding which would help the most vulnerable and needy of our society. Then he goes on to say that he wants our state to be number one in health! Now, I ask you, how can a population be healthy without their mental health? That comes first.

So, you would ask, what have I been depressed about? Why would I want to end my life? Don’t I have anything to live for? “Be JOYFUL!,” my pastor recently demanded during a church service, then proceeded to lead us in the Christmas song, Joy to the World! (in February).

I’m tired of the way people treat the mentally ill who not only live in poverty and severe deprivation but social ostrasization: often being denied medical and dental care; shunned by neighbors, social groups, and relatives; gossiped about behind our backs by co-workers, being openly mocked and ridiculed by those same co-workers; denied service in restaurants; feared by many.

Too long have I wondered where my next meal will come from starting at the middle of each month, trying to find a way to a food bank. Too long have I tried to get rides to church, begging members to help me out each and every week. Too long have I suffered the isolation of an outcast: weekends and nights alone—angry at God and humanity. Why not just walk over to my dresser top and take the prescription bottle? Take it to my table by the chair, counting the tablets—yes, there would be enough. Poor a glass of water, sit down.

It’s just one arm motion away—escaping into the deep darkness, perhaps an end to pain. But what if I don’t succeed? Need I keep my apartment door unlocked to allow the paramedics easy access? Will there be an odor? Most certainly, after only a few hours. Who would find me? Maybe it’s too gross. A dead body is not a pretty thing. It would be embarrassing.

So, let’s put the cap back on. Let’s put the bottle back on top of the dresser, perhaps until another day or night. Another day or night when I long for a companion, someone to talk to and to whom I can listen, as I longed last night, and the night before, and the one before that. Still, there is no one. Another night when my faith falters and my convictions are shattered. The Bible says that God will provide for all our needs—with the qualifier that we are seeking God’s kingdom. I have tried to do this and still hunger. Where is the answer to God’s promise? Some say it will come, eventually; perhaps not in our lifetime. In other words, in the afterlife. So, I might as well die. Heaven will be a place of loved ones, friends, etc., so why not just do it? End my misery and find happiness and bliss?

There must be a reason I have kept putting the prescription bottle lid back on and carried it back to the dresser. When in the coldest and blackest winter night, when all the demonic underworld surrounds me and beckons to join them, there must have been a tiny wish in my heart to stay on this side of eternity for just a little longer. Maybe, just maybe, things will get better. And that God who seems so aloof now and, to me, evasive, might one day make it radically clear that His purpose for me and my life will supersede and nullify the abundant desperation, hopelessness, and despair I have encountered for so many years. I will trust in this God—again.

Sincerely and with the highest regard,

Answer from the therapist:

I just read your letter. Your question in the letter is one of hope. Where does one get hope, in the face of injustice, loneliness, financial struggles, and emotional difficulties? I can only tell you where I have gotten hope in the toughest times in my own life.

First, hope comes from connections to others. Even when we are lonely and isolated, it is possible, and necessary, to make contact with others. Even when the depth of contact is not all that we wish it were, it is contact. That is why service to others, through volunteer activities or work, church or synagogue involvement, friendships, civic activities, clubs, are so important and so sustaining.

Hope comes from spiritual connections, by which I mean a sense that one is connected to other living beings, throughout time and space. Those connections can be fostered by involvement in spiritual communities, books, teachers, communing with nature. There are many doorways into a spiritual life. We have to be willing, and we have to have the strength and curiosity to open the doors and walk in.

Last, for me, hope and determination come from my ancestors. I am Jewish; hope and tenacity have sustained my own people for thousands of years. The best example I can think of is the Austrian/Jewish psychiatrist Viktor Frankl. He was sent to Auschwitz during WWII. His wife died in another camp. But he did not know until after the war that she had perished. Hope kept Frankl going. However, there is one thing that he did that inspires me in the darkest times: he was a doctor. In Auschwitz there was a sick ward. At the end of the war, there was an outbreak of typhus in the camp. As the Germans were finally fleeing, with the Russian army about to liberate Auschwitz, Frankl considered fleeing the camp, too. He was finally free. A patient with typhus asked Frankl if he was going to leave the camp, abandoning the sick prisoners to whatever fate they faced. Frankl decided that he was a doctor, and that no matter what, he must stay and help his patients, putting off his own liberation from Auschwitz.

That gives me hope no matter what. If Viktor Frankl could find hope in that situation, so can we.